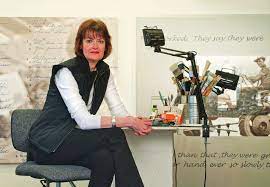 Join Rosemary Sloot at Lynnwood Arts on October 21 and October 22 from 12pm until 4pm for a book signing of Immigrant – From the Postwar Netherlands to Canada in 21 Paintings.

London, Ontario artist Rosemary Sloot’s collection Immigrant tells an intensely personal, yet universal story. Her beautifully detailed paintings stun by the familiarity of their narrative. The images and objects presented in intricate detail come from the Sloot family album and attic, but nevertheless, they are intimately recognizable. The divide between old country and new, which is evoked in several of the works, must resonate with anyone who has made the leap between two countries – or whose parents or grandparents have.

Sloot writes in her artist’s statement: ‘Just prior to her death, my strong, pragmatic mother quietly told us that she had only one regret and that was immigrating to Canada’. A huge shock to Sloot, who herself was born in Canada. The unexpected confession culminated in the collection of 21 works that form Immigrant. 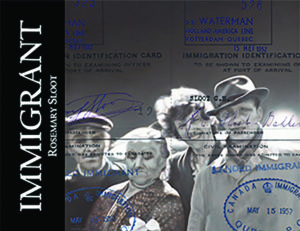