Lynette Carrington-Smith, “The Splendours of the Natural World” 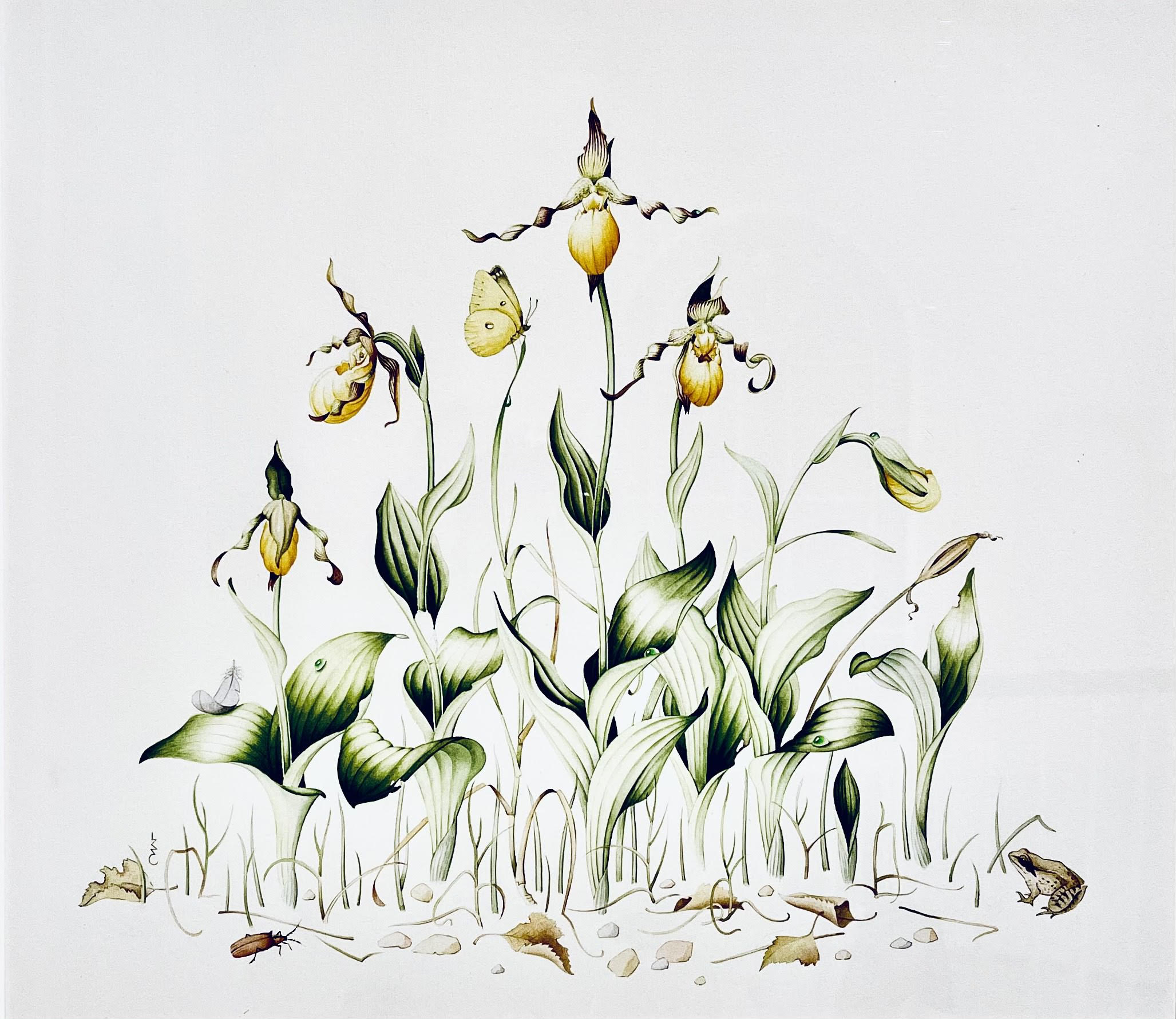 Inspired at a young age, Lynette spent her childhood in the coastal countryside of Somerset England where her grandparents established a Nature Reserve overlooking the Moors, and with views across the Bristol Channel to the coastline of Wales.

Lynette first studied as a Textile Designer at the West of England College of Art, and then moved to London as a designer for fashion and fabric collections. On relocation to Northamptonshire, Lynette became inspired to paint in pure watercolour. During this period Lynette exhibited her paintings at galleries in the ‘Shires’, with the Society of Botanical Artists, and at the Royal Horticultural Society’s botanical exhibitions in London. The subtle change of direction combined with the ability to access and follow her intuitive path has become a signature of her artistic work ever since.

In 1998 Lynette moved abroad to live in the foothills of the Serra de Montalt in Catalonia, Spain. Her new mountain environment, the Mediterranean light, and the local fauna and flora ignited a creative surge. Lynette began to paint in much richer, deeper, and vibrant colours, in a larger format.

Lynette relocated to Ontario in 2012 and discovered a whole new spectrum of species to study and sketch. This body of artwork incorporates insects, bees, spiders, butterflies and moths, birds, and beetles that either coexist or share the same environment or life cycle as the plant subject in a significant way. This exhibition is a colourful oeuvre of Lynette’s well-travelled life and curious observations of the natural world.